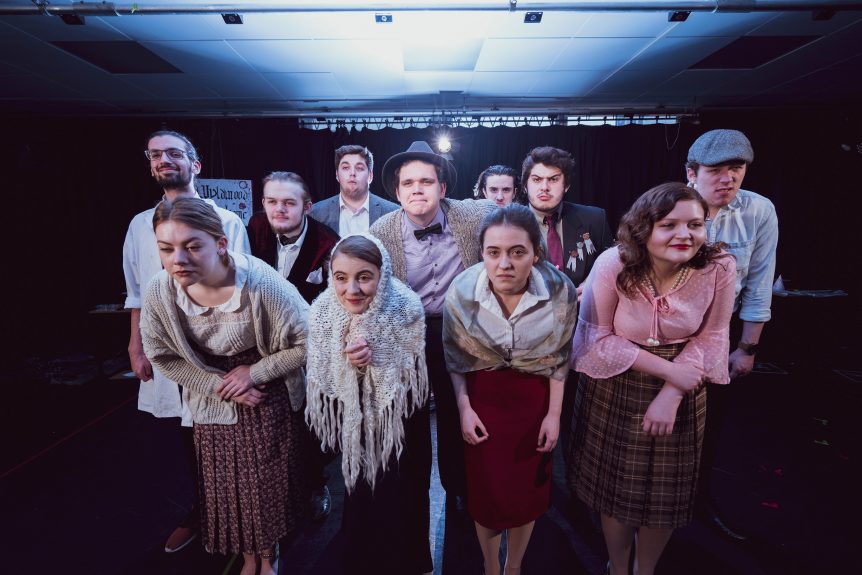 IT'S NOT TOO LATE TO APPLY

CLICK HERE
It's still not too late to join us this year!
Are you interested in this course?

Explore different styles of acting and gain the professional know-how needed to make your mark in the performance industry.

BA (Hons) Acting and Performance Making trains you to be a versatile, imaginative and employable performer. Its embodied approach develops graduates, adept at working in a variety of genres across the classical and contemporary repertoires at the forefront of industry.

Performances take place throughout the year in public venues, encouraging professional working relationships and networking skills vital for future employment. Advice and guidance on developing an online presence, including the application of social media, complements your professional training.

At the heart of programme are the essential practical and creative skills and rigorous theoretical enquiry which prepare you to become independent thinkers, self-motivated artists and freelance practitioners.

Find out more
Find out more
F
Come along to our next Open Day to find out how we could help you achieve your ambitions with higher education.
Book your place

This course is taught at the recently-refurbished UCW Academy of Performing Arts at UCW’s Knightstone Campus. The Academy has dance and movement studios with fully-sprung floors and mirrors, three black box studios and a fully-equipped studio theatre with 100 seats. You will also be able to take advantage of the teaching and learning spaces and higher education library at the brand new University Centre in our Winter Gardens building, which is also in the centre of Weston.

The course is taught by highly qualified lecturers who all have significant experience and professional links across the UK and abroad, and you will be encouraged to proactively engage with the cultural and performance industries by fantastic guest lecturers. In the past these have included experts from Theatre Melange, Tobacco Factory Theatre, Bike Shed Theatre and Cricot Theatre.

The course culminates in a year of professional practice, with students forming a professional theatre company and touring their work at a range of venues. In recent years, UCW Academy of Performing Arts students have performed their own shows and gained rave reviews at the Pleasance Theatre in London, at the Edinburgh Fringe Festival and even overseas. Our students have also taken part in numerous digital performances, including in an innovative and real-time telematics event with their counterparts at the Studio School in Los Angeles.

Please get in touch with the course leader Eloise Hodder or UCW’s HEART student services team if you have any questions. And we’d love you meet you and show you around at our next Open Day.

All of the modules on this course are compulsory and worth either 20 or 40 credits each. Successful completion of all three years is worth 360 credits and will lead to the award of a degree at Level 6.

This course is taught and assessed via a combination of lectures, seminars, workshops, skills classes, in-class performances of devised work, presentations, individual and group work, written assignments and public performances. UCW’s Higher Education Library Plus (HE.LP) team also deliver a series of sessions on degree-level research and academic writing to all first-year students. When not in scheduled lectures and seminars, students are also expected to continue learning through independent self-study.

This course has an average of 22.5 hours of scheduled teaching per week.

A minimum of CDD at A Level, or a BTEC Extended Diploma at MMP, or equivalent, preferably in a related area. Applications from those studying two A Levels or alternative Level 3 qualifications will be considered on an individual basis. Applicants are also required to attend an audition.

Explore different styles of acting and gain the professional know-how needed to make your mark as in the performance industry.

Explore different styles of acting and gain the professional know-how needed to make your mark as in the performance industry.

Find out more
This Global Block does not have any content.
join us on socials
JOIN US ON SOCIALS
Got a question about this course?
CONTACT US

This covers the teaching and assessment elements that are required for you to complete the course.

It does not include:

You may also be eligible for additional financial support, depending on your circumstances.

This covers the teaching and assessment elements that are required for you to complete the course.

It does not include:

You may also be eligible for additional financial support, depending on your circumstances.