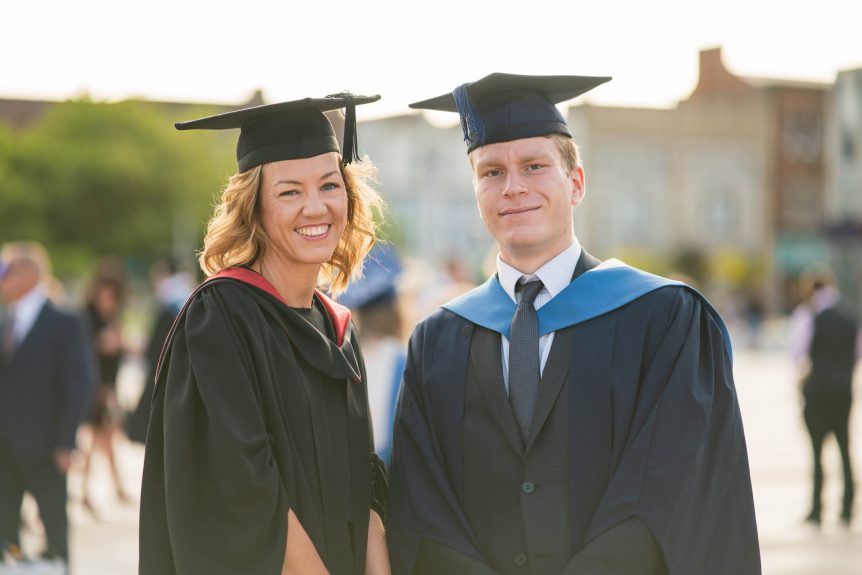 A University Centre Weston (UCW) and Weston College graduate is in the running to win the prestigious Association of Colleges (AoC) Higher Education Student of the Year Award.

Henry Green has made the final three for the prize, and will find out if he wins when the winner is announced during the annual AoC conference in mid-November.

Henry, from Burnham-on-Sea, completed a BTEC Extended Diploma in Travel and Tourism at Weston College before progressing to a Foundation degree in Tourism Management and Top-up degree in Business Management with Sustainability at UCW.

The 22-year-old graduated this summer with an upper second class (2:1) honours degree having impressed his lecturers throughout his time at Weston College and UCW.

As well as being a dedicated and popular student, Henry was nominated for the award in recognition of his achievements whilst having a diagnosis of autism.

He took every opportunity to make the most out of his studies, including attending trips to the United States and Belgium and working as a UCW Student Ambassador at Open Days and other events.

He also discussed how to support students on the autism spectrum during staff development sessions, and even took the time to speak to students on UCW’s Inclusive Practice degree about how they too could develop their professional practice.

Henry also undertook a number of work placements as part of his studies, including at Weston’s Helicopter Museum, and has written articles about autism for a number of publications.

He said: “Getting through uni has been a very positive experience overall and something that I did not believe I would be able to do.

“I have been very lucky to be surrounded by the right people who have helped me along the way, and I hope achieving my degree encourages other people with disabilities that they can too.

“It hasn’t been an easy journey, so being considered for an award at the end of it is a welcome surprise.”

Dr Paul Phillips CBE, the Principal and Chief Executive of the Weston College Group, added: “Henry is a humble young man who does not appreciate how inspiring he is to those around him.

“He won a UCW Faculty Student of the Year award last year and we will all be keeping our fingers crossed that he wins this AoC prize as well.

“He is a wonderful example of someone who has met the challenges of life head on and would be a very worthy winner.”

Henry’s shortlisting is the latest in a number of successes for Weston College at the AoC Awards, with the organisation having recently won prizes for its dedication to improving learner mental health and wellbeing and to recognise its commitment to supporting students with learning difficulties and disabilities.