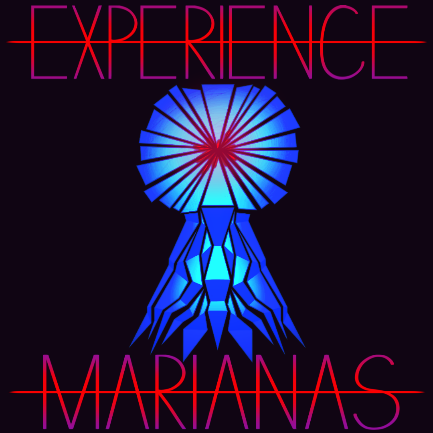 Bringing Broadway to Weston: Third year students of the BA (Hons) Musical Theatre programme at University Centre Weston – Academy of Performing Arts, are due to perform UK premiere of Broadway composer’s newest musical at the Tropicana, Weston-super-Mare, in early December.

Students at University Centre Weston – Academy of Performing Arts, present the UK premiere of Experience Marianas. The musical is the latest show by Broadway writing team Rob Rokicki and Sarah Beth Pfeifer, who will be travelling from New York to develop the show alongside the students. The piece is a high-octane, darkly comedic examination of systems of control and how we struggle to define our identities within them. As writer Sarah Beth Pfeifer describes, “Experience Marianas is an exciting project we’ve been writing over the past few years – a sapphic rock musical adventure about one woman’s journey to escape an oceanic cult. How appropriate to be staging it right by the sea! The story is full of darkly comedic twists and turns and we can’t wait to share this piece in its UK debut, and we hope you’ll join us for a wild night at the theatre!”

Set aboard a ship, playwrights/composers Rob Rokicki and Sarah Beth Pfeifer, immerse the audience into the Marianas Institute, an aquatic ‘healing centre’ founded by failed actor, Dr. Davis Johnson. The Institute indoctrinates the audience into the group in real-time. “Informational sessions” start off completely plausible but get progressively wilder and more fantastical, complete with pyramid schemes, sex rituals, sea monsters and eventually, murder.

Experience Marianas was developed with over two years of research and interviews involving cults. The songs were premiered at 54 Below, New York City, in Autumn 2018 and a selection of songs can be found on a short EP on Spotify under Experience Marianas. The show has been developed through a workshop presentation held in the Spring of 2019 and was subsequently presented in concert form at The Green Room 42 in New York City.

University Centre Weston – Academy of Performing Arts, University Centre Weston – Academy of Performing Arts, offers a range of degree courses, where students benefit from great facilities, smaller class sizes and high contact hours with staff who have all worked in the industry. The show will be performed by students in their third year of the Musical Theatre BA Honours course. Broadway composer Rob Rokicki and dramaturg Sarah Beth Pfeifer met while working on another of Rob’s shows The Lighting Thief: The Percy Jackson Musical, where he was composer/lyricist and Sarah Beth played lead role Clarisse. Rob’s other works also include, Monstersongs, Punk Rock Girl, Strange Tails and many others which have been featured at Lincoln Centre and 54 Below, New York City, to name a couple. He is an American Harmony Award recipient and two-time Larson Award finalist. Credits belonging to Sarah Beth include being director on The Lightning Thief’s national tour and assistant director/dramaturg on The Wild Party. Her performing credits include Eleanor in Goldstein and Enid in Legally Blonde’s national tour. Direction will be provided by the West End’s Grace Taylor, who is currently working on Six as associate director. Grace’s directing credits include, Stay Awake Jake, The Ceiling Project: a festival of new musicals and Confessions of a Rabbi’s Daughter with associate directing credits on Jersey Boys international tour and Sweet Charity.

Experience Marianas is being graciously supported by the Weston College Group, which UCW is a part of and Dr Paul Phillips CBE, Principal and Chief Executive.