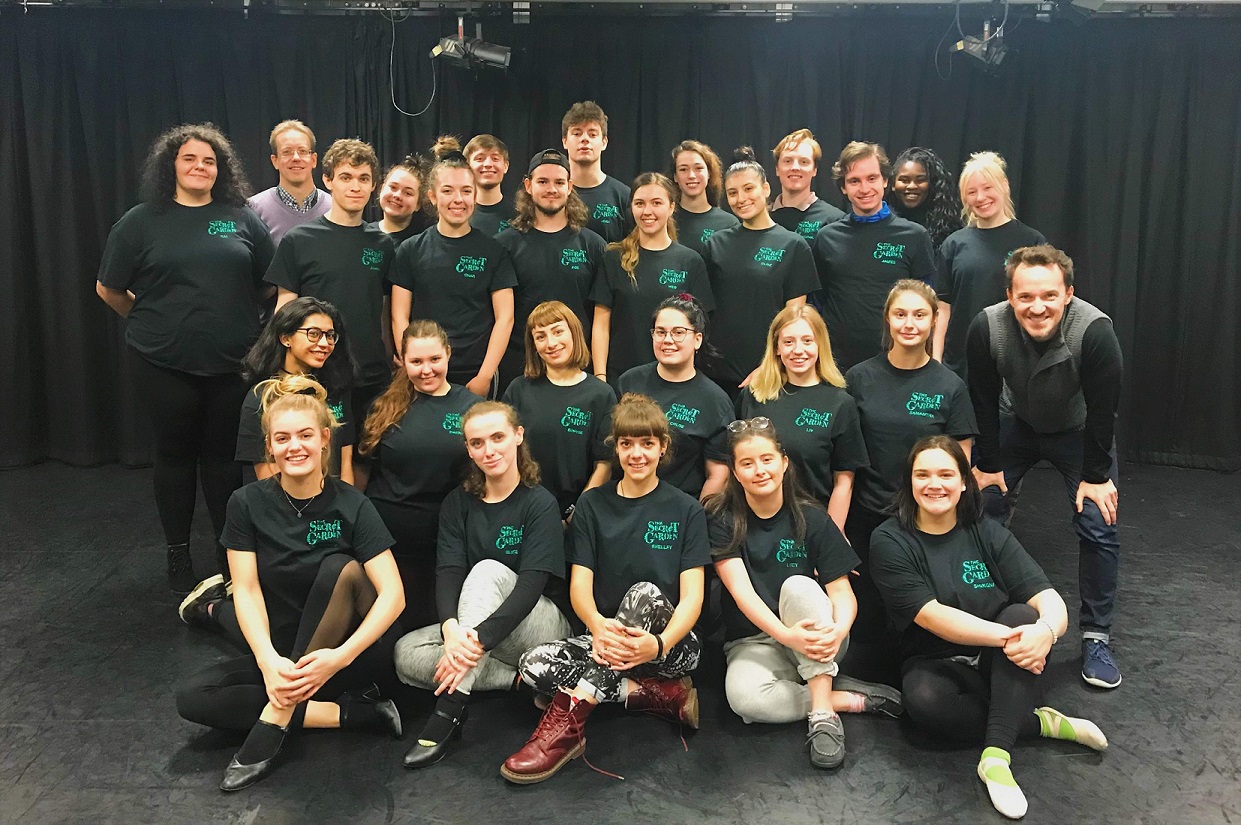 Talented University Centre Weston students will be showcasing their skills at the Theatre Royal, Windsor, next week.

The BA (Hons) Musical Theatre students will perform The Secret Garden, with the show marking the third year in a row that UCW Academy of Performing Arts students have taken to the stage at the prestigious venue.

They will perform the Tony Award-winning musical eight times from Monday to Saturday (18 to 23 November), with UCW students having previously performed A Christmas Carol and Sister Act in Windsor.

The musical tells the story of Mary Lennox who, after becoming orphaned in India, returns to Yorkshire to live with her uncle Archibald Craven and his son Colin in a sprawling estate.

The property includes a magical garden which beckons the children with songs and spirits from Mary’s past who help her in her new life.

The production is being directed by UCW Musical Theatre Coordinator Kyle Davies, who has directed a number of successful theatre productions in the UK and US.

UCW students will play all of the parts in The Secret Garden, with Sophie Russitto playing Mary and Lucy Horrigan taking on the role of Colin, with the pair swapping roles for two shows, and Robert Sheppard cast as Archibald.

UCW BA (Hons) Hair, Make-up and Prosthetics for Production students will also be in Windsor to work on the show behind the scenes.

Lucy said: “We’ve been rehearsing for five weeks and although it has been very intense and a lot of hard work, we’re all so energised by the show and can’t wait to get to Windsor and see the set for the first time and begin the performances.”

Sophie said: “This is such a great opportunity for us while we are still in uni and just about to head off into the industry, and it feels like we’re taking it to the next level this year.”

Kyle added: “It is really important for our students’ career prospects that they get the chance to perform in professional productions like this.

“We are therefore grateful to UCW, Weston College and our Principal and Chief Executive Dr Paul Phillips CBE for supporting us in going to Windsor again.”

Click HERE to find out more about the BA (Hons) in Musical Theatre at UCW delivered in partnership with Bath Spa University.