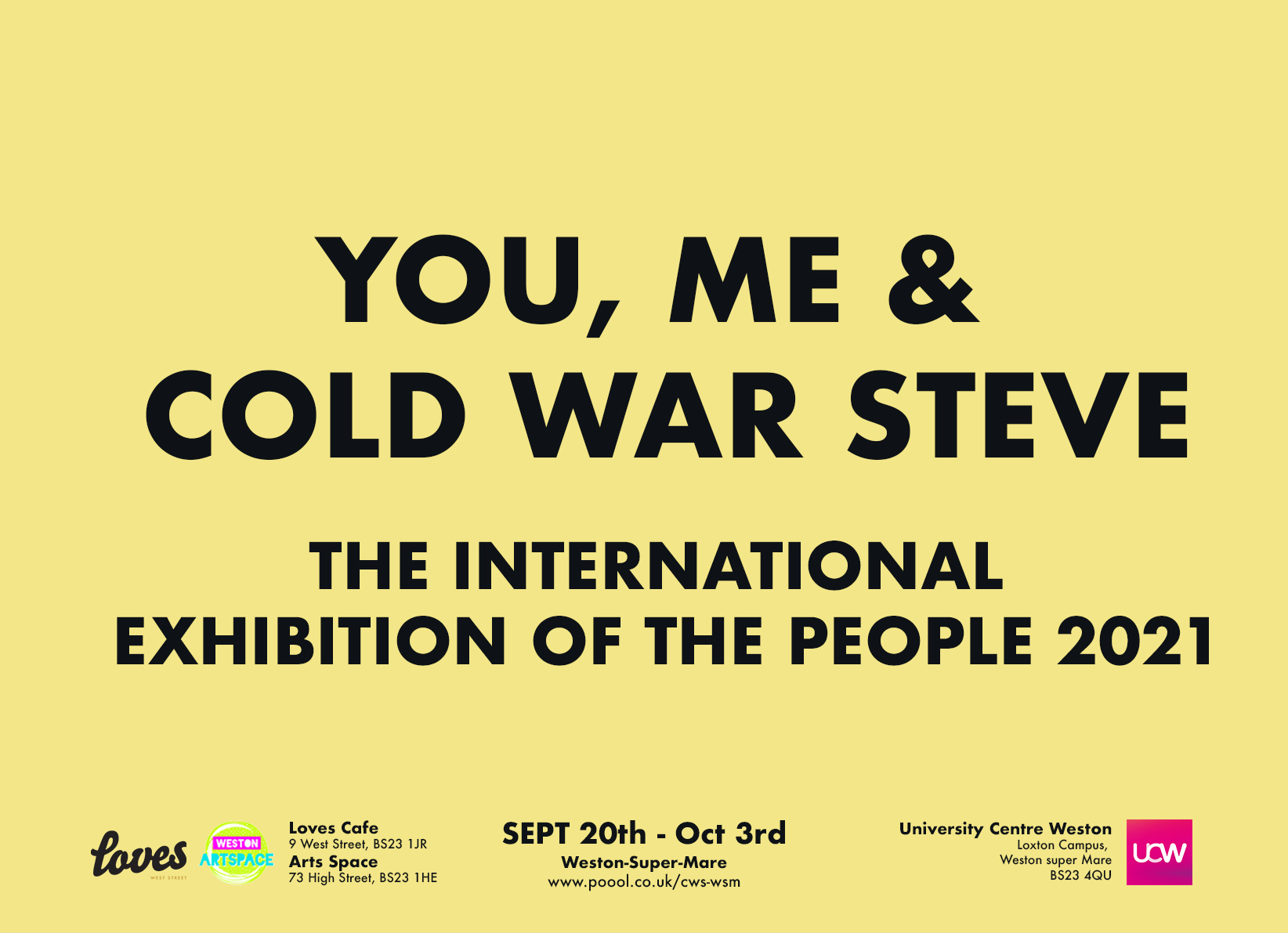 YOU, ME & COLD WAR STEVE

“Cold War Steve aka Christopher Spencer is an artist from Birmingham, England who specialises in surreal, satirical and hilarious collages originally made on his phone and iPad.

Since 2016 Cold War Steve’s Twitter account has been a lifeline to many in these dark times with his following increasing by the day. Three solo exhibitions, two books with Thames & Hudson, commissions for the National Galleries of Scotland, Whitworth in Manchester, Birmingham Museum and Gallery, a giant billboard installation at Glastonbury Festival and an international TIME magazine cover have all followed.

In 2020 his jigsaw Hellscape was shortlisted for the Design Museum’s Design of the Year Award and his latest book A Prat’s Progress nominated for the The Deutsche Börse Photography Foundation Prize. Cold War Steve also shot a feature length documentary about his work – Cold War Steve Meets The Outside World was released in October on Sky Arts.” – https://coldwarsteve.com/bio/

For more details on all our course please visit: www.ucw.ac.uk/courses