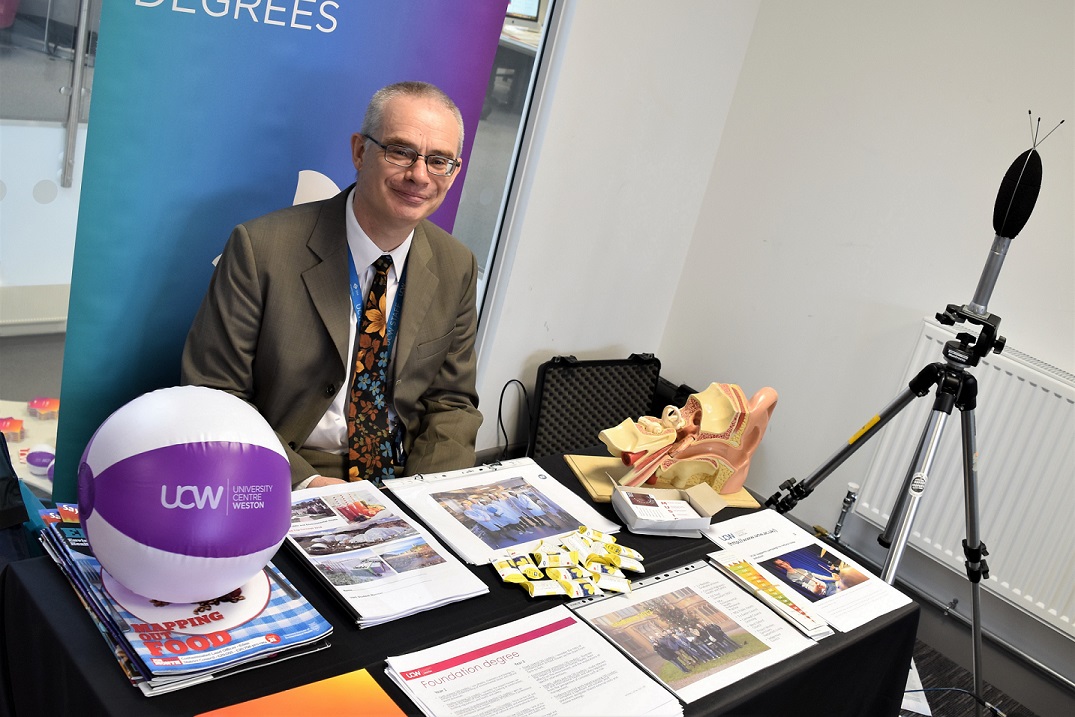 The annual awards recognise the best industry practice in the environmental health sector, with prizes given out in seven categories.

UCW has been nominated for the Outstanding Environmental Health Team award to reward the efforts of students and staff in promoting the importance of the discipline.

UCW lecturer David Lown has been nominated for the Outstanding Environmental Health Professional award in recognition of his more than a quarter of a century teaching the subject.

He is competing against fellow UCW graduate Daniel Rozario, who is nominated in the same category for turning his work experience at the Environment Agency in Gibraltar into a full-time job.

Sadie Skellon, the Head of Higher Education at UCW, said: “We are thrilled to have received these nominations and it is fantastic to be the only higher education provider nominated this year.

“Lots of people are involved, and I am proud of everyone, but I am particularly pleased that David’s career as a dedicated and inspirational lecturer has been recognised by his professional body.”

This year’s nominees will find out if they have followed in those footsteps at an event on Thursday 14th November in London.

The Public and Environmental degrees at UCW are accredited by the CIEH and delivered in partnership with UWE Bristol.