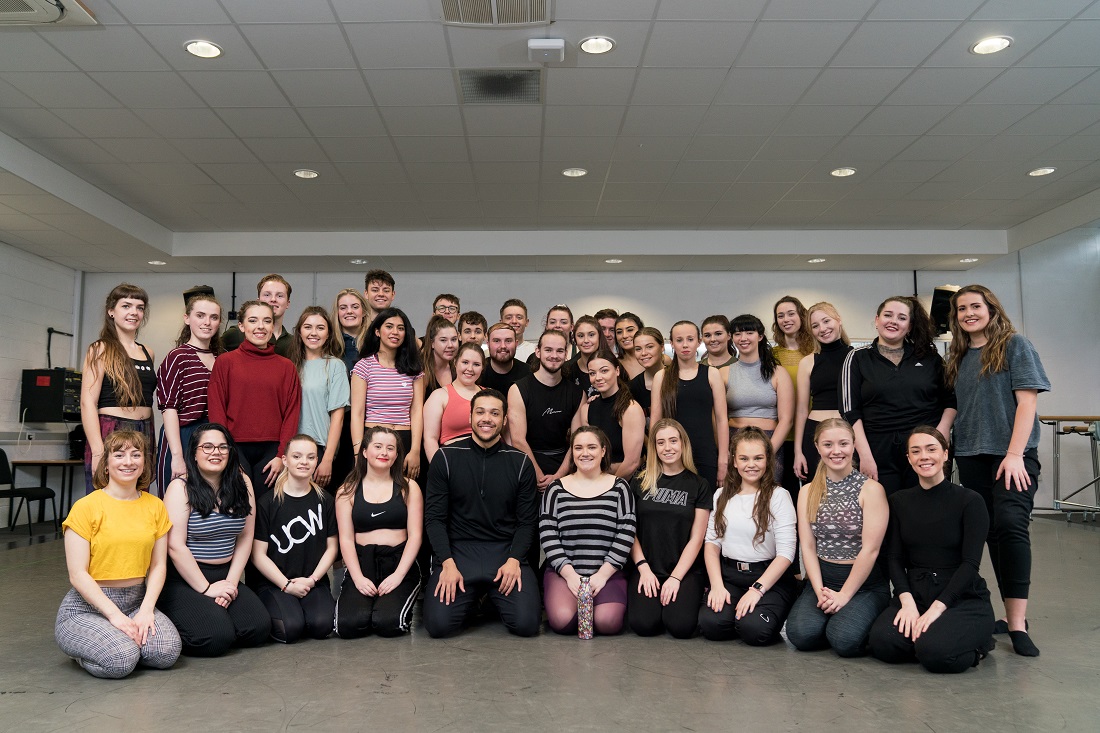 Lukin, who graduated from UCW with a degree in Musical Theatre in 2015, performed in The Book of Mormon at Bristol Hippodrome during the hugely successful six-week run of shows.

He played a number of parts in the musical, including Mutumbo and understudying as the General, and will continue to tour with the production at its next stop at the Birmingham Hippodrome.

As well as performing in West Side Story at Manchester’s Royal Exchange Theatre, Lukin has also performed in The Book of Mormon at other theatres in the UK and also in Germany, Switzerland, Denmark and the Netherlands.

Taking time out from his busy schedule, the 26-year-old recently came back to UCW to teach students routines from the hit show and to answer their questions about working as an actor on the stage and screen.

Lukin said: “Visiting UCW brought back a lot of memories of my time there and it was really nice to see so many familiar faces.

“I encouraged the students to make the most out of the opportunities they are offered because even now I would love to be able to rehearse and work on my craft in facilities like those every day.”

Sylvia Lane, the Section Leader for the degrees in Musical Theatre, Performing Arts and Dance for Commercial Performance at UCW, added: “We are so proud of Lukin and also all of our other graduates who are doing well in the industry.

“It is really inspirational for our students to meet someone who just a few years ago was exactly where they are now and who is now doing brilliantly and performing in a great show to large audiences every night.”

The performance degrees at UCW are delivered in partnership with Bath Spa University.